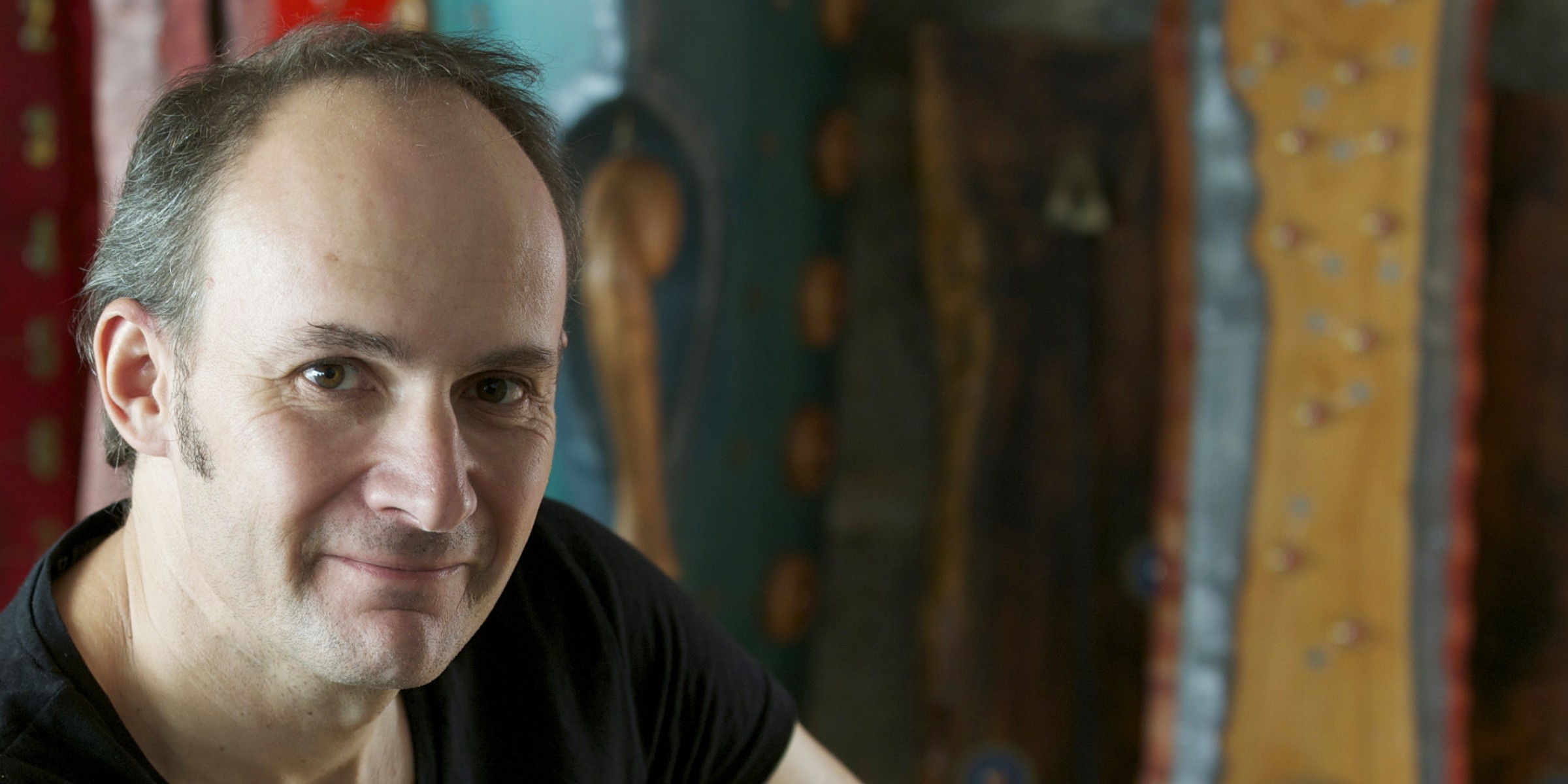 “By disconnecting the person from their usual markers, the dream machine plunges us simultaneously and sweetly, into a state of total relaxation. We experience a total catch and release of the ability to take control at any time, as in a lucid dream, “says Lionel Stocard.

As a Teenager, with a duality of a dark inner landscape and light outer personality, Lionel found himself transported by New Age music. For him the sounds became part of the field of dreams. And the music mingled with dreams to create an inspiring subject. As an adult, his only goal is to live these dreams in the present.

At 26, he consecrated his days to sleeping (no less than fifteen hours a day!) To come to the revelation that he was dreaming of controling his actions in the landscape of dreams. He then felt the need to share his incredible discovery with others.

First, through the creation of a dream machine; an archaic looking reclined seat that rotates slowly around its center and its’ motion dipps the individual in a perfect daze.

Then with an instrument, the Révibracléide, which is reminiscent of the strange mechanisms found in 20,000 Leagues Under the Sea or the video game Riven, on which Lionel, also a musician, gives life to transcendental sounds.

Finally, the experimental chamber of dreams which creates an unreal atmosphere in which the sleeper loses all sense of time and space through constantly changing sounds, images and lights that sorround them.

The artistic process of Lionel Stocard is universal and not part of any era. For Lionel, dreams by definition belong to memory while lucid dreams are part of the present. He remembers the dream that inspired the artistic journey he has taken for the last 20 years.

It was a street war seen from behind a wall of sandbags there to protect from shelling and bullets. He realized that this scene was a dream because he had never known war in his lifetime. So his conscience whispered that there was no real danger. He wanted to escape this unpleasant scene by flying through the air to land on an ultra-modern building. Perceiveing that the building itself was also the product of his imagination. He was the architect without even needing to draw.

Since then Lionel has stolen from the present and worked on what his subconscious is able to create instantly with it .As adept at creating as a match is to flame, his art feeds on this improvised creativity where construction is immediate, always hovering unthethered. His work speaks of divine feeling and touching the essence of things. Constantly seeking the perfect fluidity and consistency of an object paced obviously, to be taken in one gulp Lionel Seeks the perfect harmony between desire and fulfillment, purpose and implementation.